My journey to a full-time Amazon FBA business

My start into entrepreneurship and arbitrage: It started in the 3rd grade 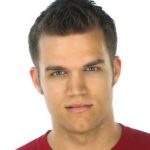 Hi, my name is Jeffery Bowdoin. My very first experience on the entrepreneurial path was in the second or third grade.

I remember I was with my mom at Costco,  And we were walking down an aisle that had a bunch of bulk Costco sized boxes of candy bars. These were the small candy bars; they were the good stuff – they were full sized.

I don’t remember the price of the box or how many there were. I do recall that each unit price of the candy bars was lower than the grocery stores.

I also knew that, once in a while, we would get a knock on the door from someone trying to sell something. Whether it was another kid selling candy for their softball team, or an adult selling magazines, I saw this happen a lot in our neighborhood.

And my foray into arbitrage begins.

I began selling door to door. Most people probably assumed I was doing it for a sporting fundraiser or something, but for me, it was all about seeing an opportunity and grabbing it.

The point is, at a very early age, I realized an important lesson; That I had the ability to buy low and sell it for a higher price in a different market. I could buy in bulk, cheaply at Costco, and resell to friends and neighbors for a higher price.

Today I recognize that this concept is known as arbitrage, and is a popular concept in the Stock market trading. In the Amazon industry it is regularly used in the term retail arbitrage. It’s funny how names stick.

But arbitrage is nearly all business that deals with selling products. You buy from a manufacturer and you sell it higher on Amazon. That’s just the way things work.

My next entrepreneurial itch continued in junior high. This time, I saw ‘stink bombs’ at the flea market. They were incredibly cheap compared to where you might find anywhere else.

These were the old stink bombs that were in a small glass vial, that were sold at joke or gift shops. You would throw it down on the ground to break. Then you wait a second until the most god awful smell would arise. It smelled worse than rotten eggs.

I decided to sell these stink bombs to other kids at school. So after purchasing a few boxes at the flea market, I sold one to a friend. My friend broke it in the gym, and it smelled the whole gym up within seconds. We all had to evacuate because the smell was just too disgusting to bear.

Since I was never one to get into trouble at school, I ended up having to pick up trash after school for a week. No biggie. I learned my lesson: don’t sell stink bombs!

I was taking an economics class during this time, in my junior year in high school. I think all the talk of buy low /sell high and supply and demand inspired me to start thinking about making money again. (Incidentally, I later got an economics degree in college).

Again, I was not very successful with reselling the belly button rings. I may have sold a handful here there.

Several months later, I picked up a magazine that talked about selling things on eBay. The 5 to 10-page spread in this magazine was eye opening to me. Why am I trying to sell locally, when I could sell on a national market?
This one magazine inspired me to start an eBay business.

In the magazine, they talked about going to Goodwill stores and garage sales to find things very cheaply that can be resold on eBay for a profit. I had some initial success doing this. However, I realized I didn’t like the eBay business model.

Not only was it a lot of work getting profitable products to fip, t was a lot of work creating each listing on eBay. I also had to take great looking photos for each item that I found and wanted to resell on eBay. It just took a lot of time. 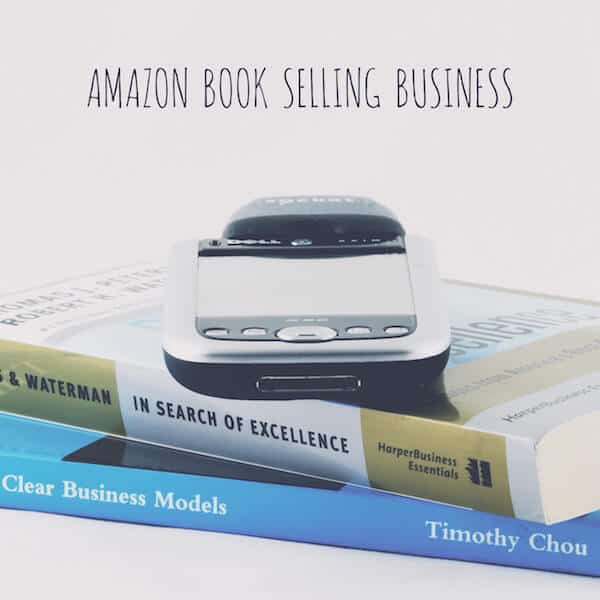 I then somehow stumbled onto reselling books on Amazon. I started to list books that I found around the house and thrift stores. When listing these on Amazon I realized that it was a much easier process to list and resell the books.

Not only were the books super easy to find, but they were also very easy to list compared to eBay. With eBay, you find several different types of items to resell on eBay. Since each item was different, I had to write a description for each product. I also had to take and upload each listing.

With the books, I would just have to list it by entering condition (new, very good, good, acceptable). Amazon already had the product listing info and the images for the books (and other items). It was just a much more seamless process listing on Amazon compared to eBay.

Also, the books were extremely cheap and could be sold on Amazon for a hefty profit.

I continued to scout books and resell them on Amazon. I would occasionally find items that I would scout from thrift stores to sell on eBay. I did this through the end of my high school years, and throughout college as a part-time source of income.

The FBA Revelation Starts after college

During college I was studying economics. I continued to sell things on amazon and eBay, but on a part time basis. After I had graduated with my economics degree, I had the choice to get a job or pursue the Amazon business full-time.

I ended up deciding to just go for it and pursue an Amazon business full time. I was primarily selling on Amazon, rather than eBay because the bookselling aspect seemed to bring me the most money with the least amount of time investment.

Since I decided to turn this into a full-time income source, I decided to get a lot more serious about it. During the same time, Amazon FBA was relatively new. Amazon FBA is short for fulfillment by Amazon, and it is a revolutionary service Amazon has offered to Amazon sellers.

How does FBA work?

With Amazon FBA you send in your inventory to Amazon Warehouses (used books, media, etc. – or even wholesale items). Then once your inventory gets shipped and stored in Amazon’s one of the warehouses, it becomes ‘active’ online for sale. Once people purchase your item, Amazon will pick, pack and ship the item for you (for a nominal fee).

So all you need to do is send them boxes of inventory, and let them do the dirty work of shipping, and yes, even returns!

Falling in love with FBA

At the time, I hadn’t tried Amazon FBA yet. I had wanted to try it, but I just never put in the time to learn it. There is a little bit of a learning curve with FBA, so I was intimidated. However, once I jumped in and started just doing it, I realized it wasn’t too bad! In fact, it was a lot easier because I now didn’t have to ship books individually, only in bulk.

It’s easy to get comfortable with what you know, even though you think something might be much better. However, since I decided to do this Amazon business full-time, I figured I might as well jump in and start learning how to do Amazon FBA. I just loved the idea that Amazon would ship my products for me, as that was a pain to ship products each time something sold.

With a small amount of money in my pocket, I jumped full force into pursuing an Amazon FBA business. I focused primarily on books, but I was also selling many other things. I soon learned that I could resell almost anything on Amazon FBA for a much higher price than I could find locally.

Within my first shipment or two, I instantly started seeing the money roll in. It wasn’t like I was getting rich, but it was a full-time income. I got to a point where I was at over $6,000 a month on Amazon, just by sourcing local products to resell. I resold books, games, media, and just about anything else.

Amazon FBA was selling my items at a much quicker pace than I was used to. Not only that, I didn’t have to ship the product myself! I was in love with fulfillment by amazon!

I was completely sold on Amazon FBA and the entire Amazon business decision. Now that I began having Amazon ship the Products for me, I was able to scout and source much higher levels of inventory.

I was also getting more money per item than if I were to ship myself. The reason is because Amazon Prime customers are willing to pay much more for items that are part of the amazon FBA. They can get any FBA item with the free two-day shipping.

My Continued Journey into to E-commerce, Blogging, Amazon FBA and Kindle KDP Print / ebooks: Where I’m at today

A couple of years after college I also started to get into blogging, SEO, and e-commerce. By e-commerce, I mean buying wholesale items and selling on my store (woocommerce), along with amazon.

One of my e-commerce stores turned out to be a success, and a great learning experience. We since have sold that business.

I continue to pursue online ventures, selling on FBA, and e-commerce to this day. I also jumped into selling on Kindle KDP pretty heavily as well. I am still growing and learning through all my entrepreneurial ventures. The reason why I started this blog is that I want to teach others what I have learned over the years. I still think that an Amazon business is one of the best businesses to get into.

Fulfillment by Amazon (FBA) doesn’t require any experience, and it only requires a small investment. Whereas my other sources of income (blogging, e-commerce, SEO) take time and accumulated knowledge to build.

We are not affiliated, associated, authorized, endorsed by, or in any way officially connected with Amazon.com, Inc., or any of its subsidiaries or its affiliates.